Vacation in the holiday region Catinaccio / LatemarDream holidays in the Dolomites

Even alone the fact that in 2009 the Catinaccio, Mount Latemar and the Gorge Bletterbach were confirmed among the most beautiful mountains in the world, will guarantee a holiday close to nature in the holiday region Catinaccio/Latemar. The alpine postcard scenery around our Residence Geigerhof invites you every day to long excursions and walks. The numerous hiking trails are all well marked and lead active holiday makers to the most fabulous vantage points and impressive sights. Rustic mountain lodges line the paths and serve hungry guests tasty South Tyrolean dishes. 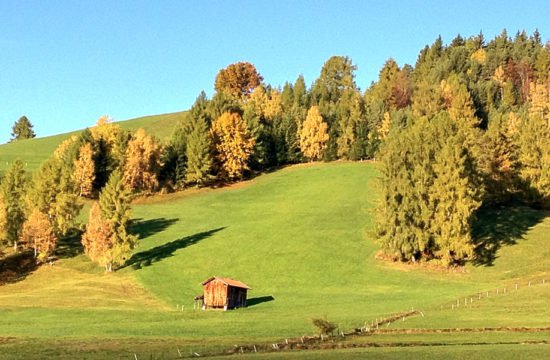 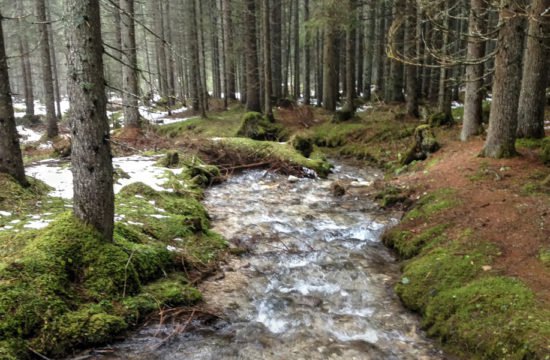 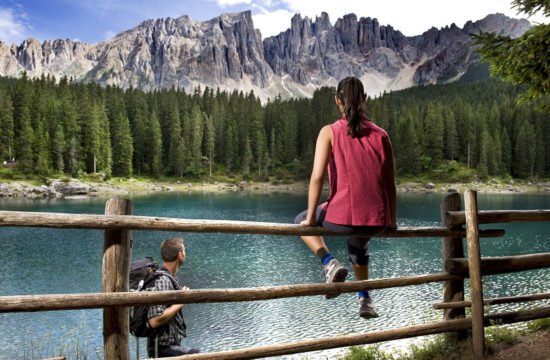 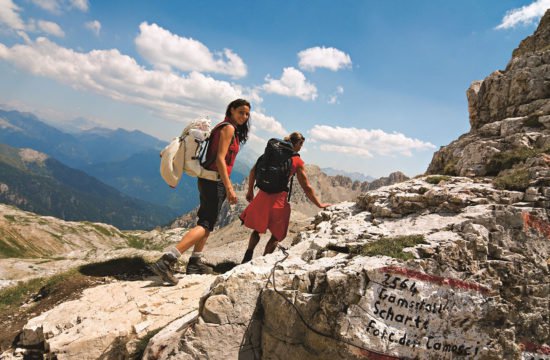 A beautiful destination in the Ega Valley

Nova Levante is a dream destination for nature lovers, for those seeking relaxation, and for active vacationers. For every taste and every level, there is the perfect hiking itinerary. Whether you prefer an easy walk, a challenging climbing route or explore high alpine paths, here you’ll find what you are looking for. Around the Residence Geigerhof, there are more than 100 kilometres of marked hiking trails, flowering meadows, the legendary alpine roses, crystal-clear mountain streams, and steep rock walls. The highest mountain of the area – the Catinaccio d’Antermoia – rises 3,004 meters above the landscape. It is one of the most beautiful panoramic peaks in the Dolomites.

The Dolomites, and particularly the region Catinaccio/Latemar, are home to many myths and legends. The most famous of these myths is the legend of King Laurin. The legend says that the Dwarf King lived here with his people and had a magnificent rose garden. One day, he kidnapped the princess Similde and took her to his garden. Hartwig, the fiancée of Similde, and Dietrich of Berne came to rescue the princess, trampling the rose garden with their horses. In anger, the Dwarf King Laurin laid a curse on his rose garden, turning it into stone, so it would be invisible by day and by night. According to the legend, however, he forgot the twilight, thus, the enchanted garden becomes visible again and again for a short time. This is called “Enrosadira” or “Alpenglow”. The rocks of the Catinaccio glow in bright red and fascinate everyone with their beauty. The so-called “Gartl” is a gravel deposit, which is framed by the Laurin Walls, the Catinaccio Peak and the Vajolet Towers. Dive into a fairy-tale world!

We highly recommend an easy hike to Lake Carezza, one of the most beautiful mountain lakes in the Dolomites. Dark forests surround it, and it is also called “Eye of the Dolomites“. Its shimmering surface lies between the rock massifs of Mount Latemar and the Catinaccio. The Ladin name of the lake is “Lec de Ergobando”, which means “Rainbow Lake“. Depending on the light incident, the normally blue-green water shines in various colours. Lake Carezza is particularly beautiful in the morning and evening hours, when the Latemar Peaks are reflected in the water. The lake is home to a charming legend about a mermaid and a witch master.

A leisurely walk takes you along the Elisabeth Promenade on gentle hills. This path was named after the popular Empress “Sissi”, and there is monument that was built for her, since from time to time she spent her summer holiday in the region. Another splendid hiking trail with breath-taking views leads from Nova Levante via the Sawmill Latemar to the farms Karhöfen.

In the beautiful Ega Valley not only hiking but also many other outdoor activities are possible. Mountain bikers have since long discovered the holiday region Catinaccio/Latemar. Challenging trails and exciting downhill paths are able to satisfy all requirements. Mountaineers and climbers around the holiday apartments in the Ega Valley will find truly paradisiacal conditions. Golfers need to drive only 5 km to enjoy their sport in a wonderful setting at the Golf Club Carezza. Those who prefer to relax with a clear conscience can spend time on the sunny lawn surrounding the residence. The holiday region Catinaccio/Latemar offers the right choice for every taste!

Passionate mountain bikers should contact the Dolomiti Bike School right next to the cable car in Nova Levante. Their range of activities is particularly diverse and includes driving technique courses for all performance classes, a kids’ camp, freeride tours in bike parks, a private test ground with exercise trails, and guided tours. These include the Latemar Round, tours in the trail paradise Catinaccio, as well as various panoramic legends tours in the region Catinaccio/Latemar.

The Ega Valley and its surroundings also offer a popular destination for climbing fans. Here you will find climbing paths in all difficulty levels, as well as guided climbing tours. The legendary Vajolet Towers count among the most popular climbing mountains in the Alps. Some of the most famous climbing routes in the Dolomites can be found in the Catinaccio area, such as the paths Laurenzi and Masar.

You have Successfully Subscribed!